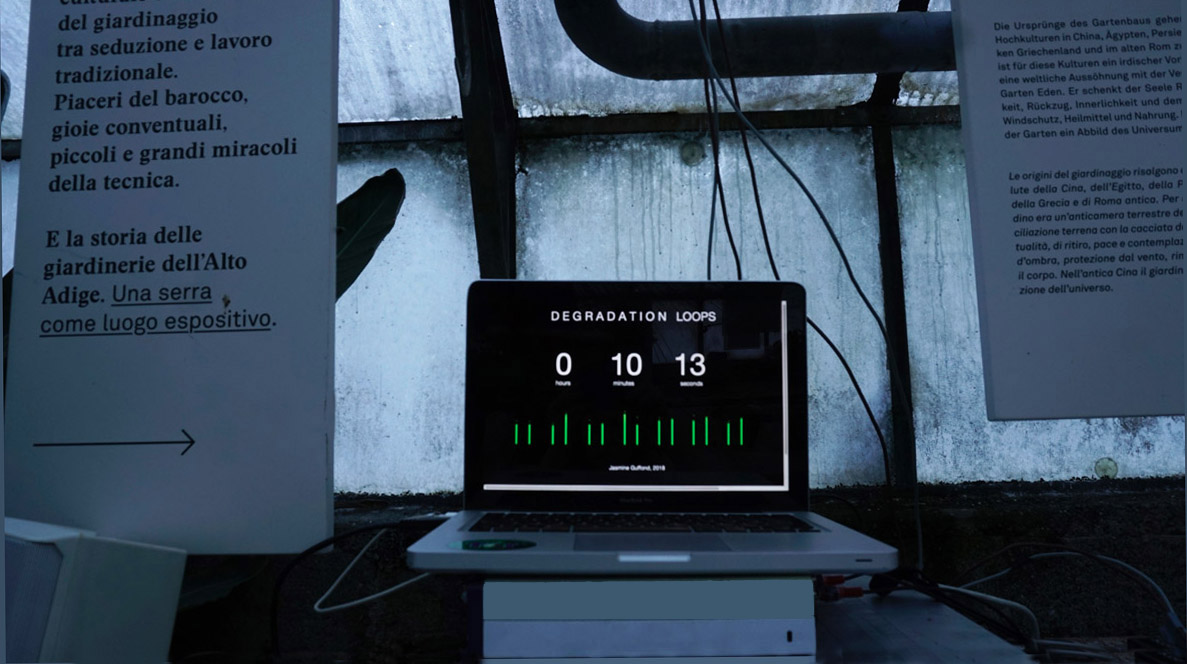 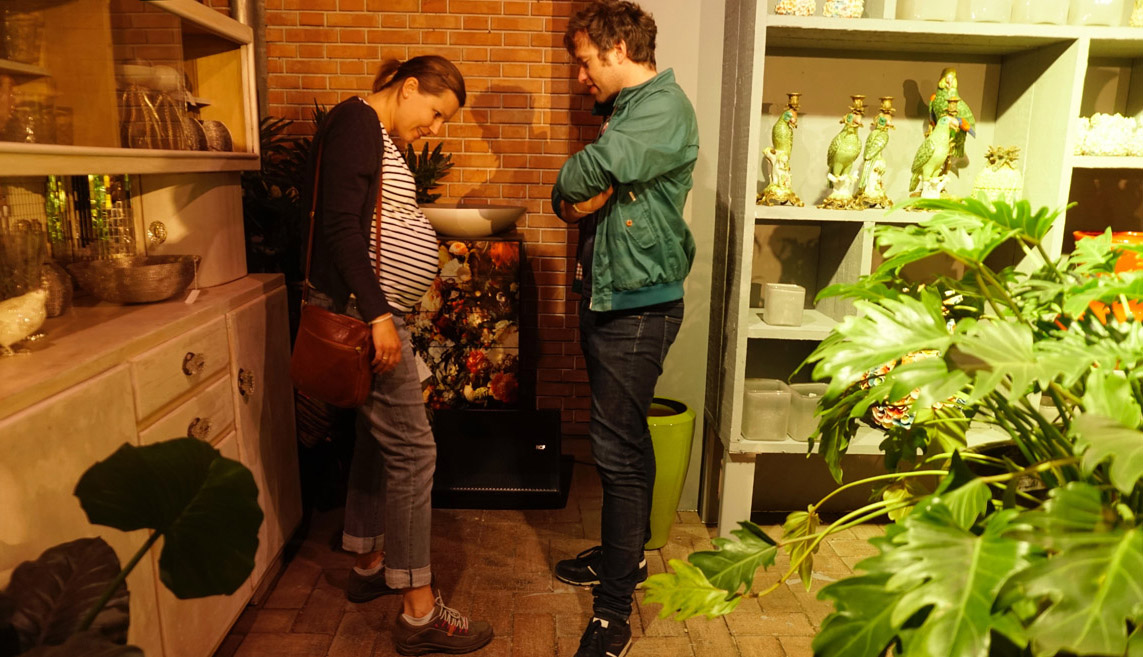 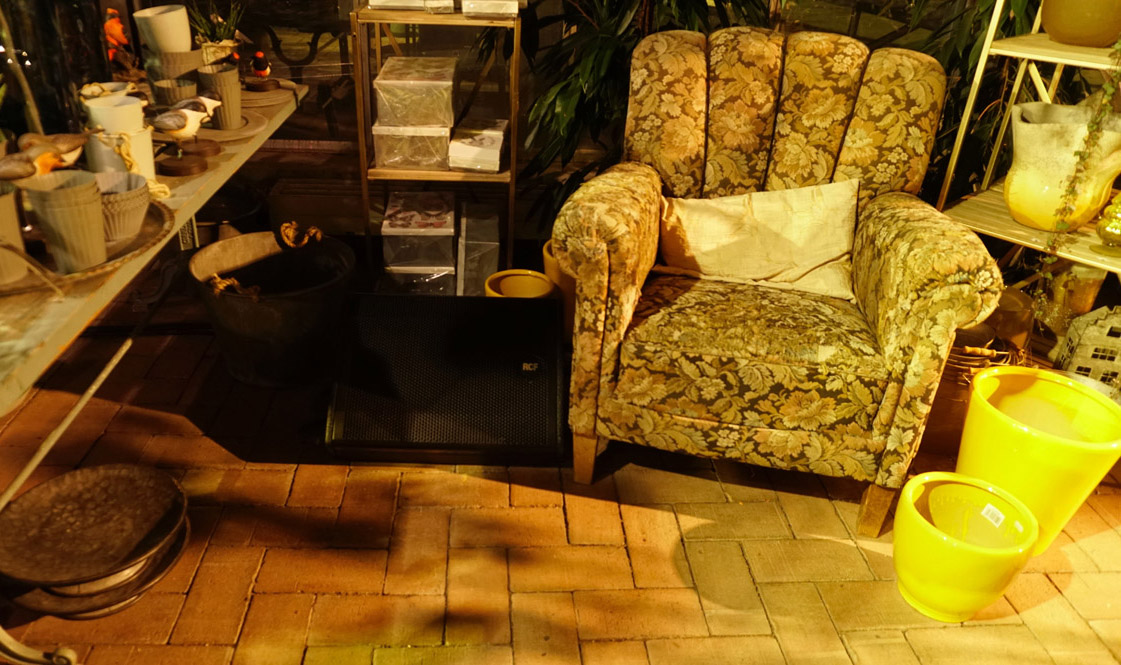 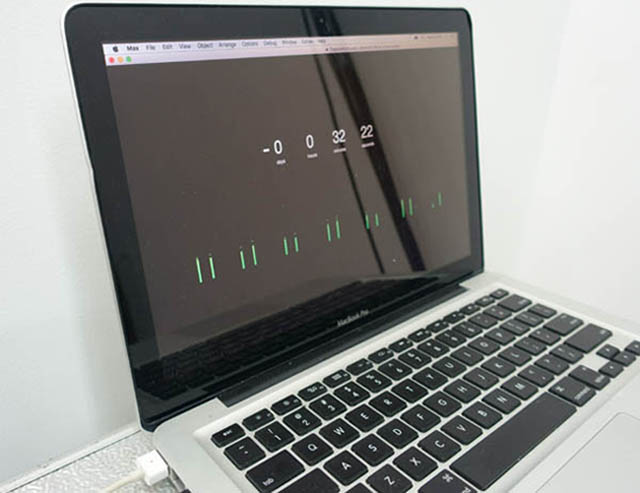 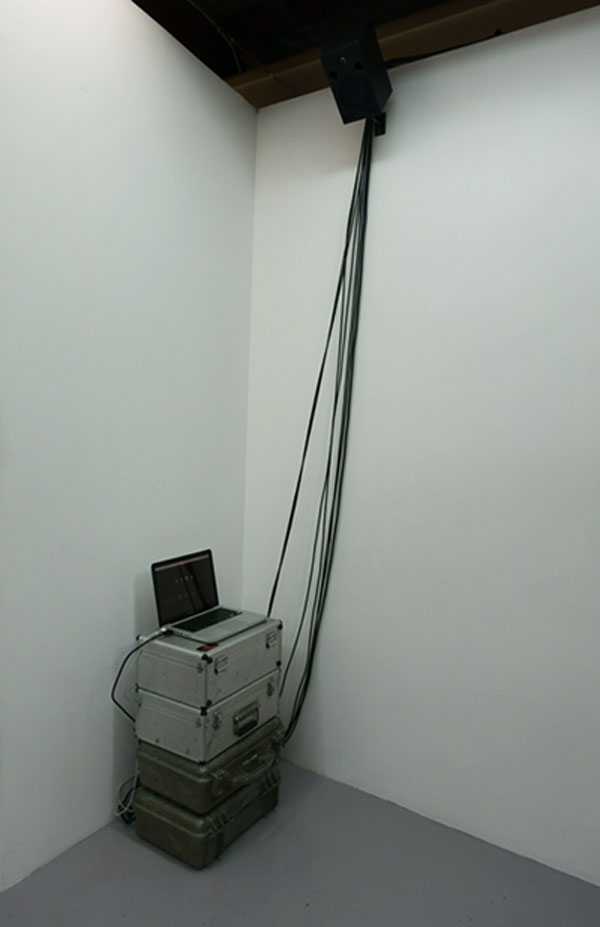 'Jasmine Guffond’s Degradation Loops gradually and completely 'bit crushes'* the artist’s 2015 album ‘Yellow Bell’ over a period of 16 days. A process of sonic destruction unfolds in response to this group show where visual artists destroy and reassemble their work, to create new work, and to question the dominance of commercial imperatives within art.

Degradation Loops speaks to a contemporary audio realm where principles of High Definition transference dominate in an overall musicscape preconceived as uniform. Using intricate and highly articulate audio loops from an existing authored work, Degradation Loops questions notions of sound’s permanence. Of course, sound by its very nature is always temporal and processual, it moves through time and space and alters both according to the space in which it is experienced and the listener’s subjective mood. Nonetheless, the album, as a product at once artistic and commercial, presumes a certain permanence: the artist wishes the temporal and subjective dimension of their work to last, hopefully forever.

By deliberately breaking down the audio signal of otherwise highly deliberative compositions, Degradation Loops questions the underlying nature of this permanence. In the ambient everyday world, sound comes and goes. It is noticed or not. It is deemed significant or not. Even in a post-Cagean world, sound’s aesthetic dimension is often disregarded. In Degradation Loops the algorithmic unraveling of these tracks renders them increasingly discordant and unpredictable as time passes. Sound becomes noise. Beauty is broken down allowing another type of beauty to emerge. All the while this durational destruction occurs regardless of whether it is heard or not: sound does not need listeners to assert presence. Sound outlives audiences while music does not. Unlike the physical destruction of objects of either an artistic or generic kind, the destruction of sound, unless the ultimate outcome is total silence, always produces more sound. Sound’s permanence is therefore paradoxically occasioned by its inherent capacity for constant change.'

*'Bit Crushing' is the reduction of the sampling rate, and bit depth of a digital audio signal. An industry standard sampling rate of 44.1kHz, and a bit rate of 16 was established by Philips and Sony with the Compact Disc format in 1982. At the time this became an encoding standard by which to communicate, listen, and make music.