Music is for an Incidental Audience 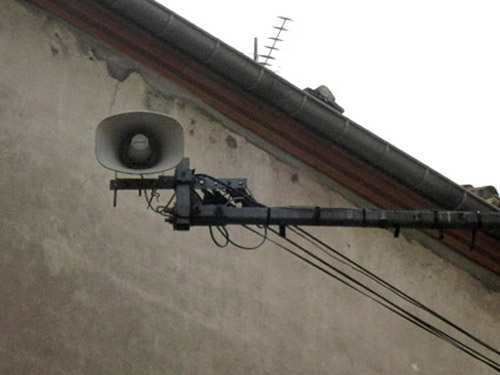 Using recordings we made of a XVII century organ at the local Saint Mary Abbey I composed a series of two to four minute sound pieces. These were transmitted every half hour through the loudspeaker announcement system located in the streets of the town centre of Arles sur Tech for a duration of ten days. The sound of the historic organ was transmitted for the first time into a public space outside of the abbey and also outside of conventional listening environments. This allowed the audience (passersby) the freedom to choose to focus their listening on the music as either foreground or background. It was my intention that the music played back quietly through the loudspeakers would be as easily ignorable as interesting, and that the borders between the natural sounds of the environment and the music become blurred.