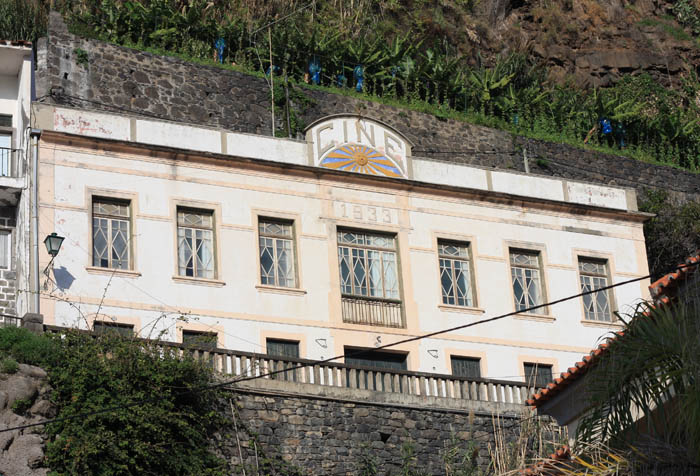 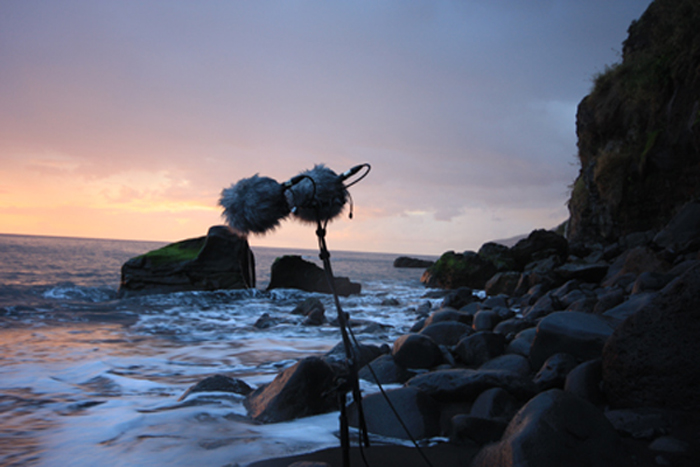 Created on location at Ponta do Sol for Madeira Micro International Film Festival. Using field recordings made on site in and around Madeira, five individual works were composed from the same source sounds. Speakers were installed, hidden from public view at three locations embedded within the architecture of the 1930’s Cine Sol building. Working with the reflections of the surrounding architecture resulted in a diffused sound that was not just something to listen to but something to be immersed in. Inspired by the singing stones from Antonioni’s ‘The Red Desert’ and the ocean as a living consciousness as depicted in Tarkovsky’s ‘Solaris’ the project explored the ocean (and its wind, tides, and surrounding nature) as an ubiquitous ambience and meter of time. Focus was on the perceptual experience of time passing as narrated by the ocean. Referencing the narrative form in cinema the installation presented a real time sonic cinema.