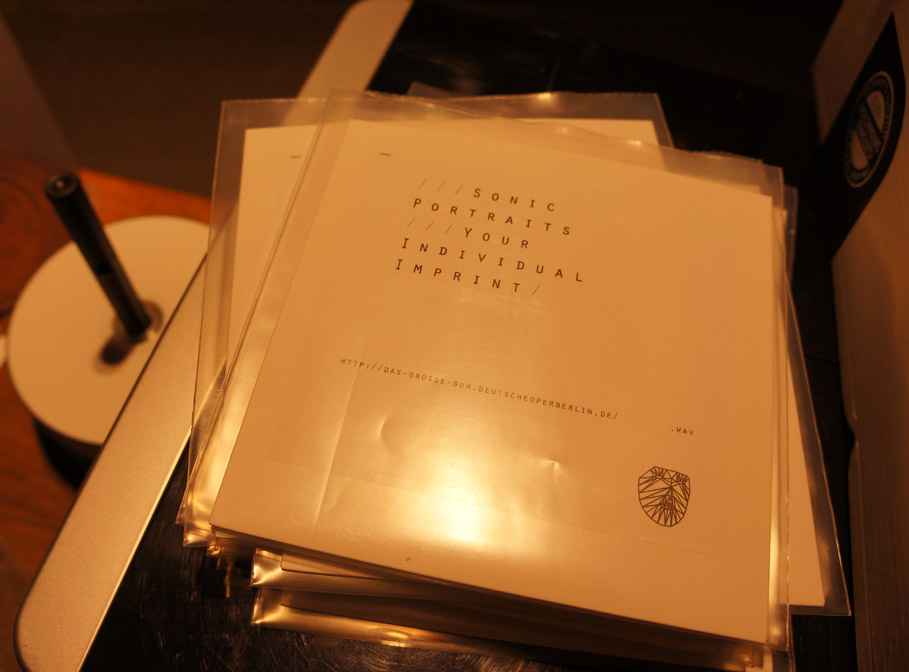 Das Grosse Buh, Protesten auf der Spur: Ein Soundwalk was a soundwalk that took place for a week in June, 2014, in and around the German Opera house in Berlin. The director Dorothea Schröder chose the theme of protest as it related to a history of protest within, and outside of, the Deutsche Oper institution in Charlottenburg, Berlin.

The theme of protest inspired me to work wtih Facial Recognition Technology (FRT), a technology increasingly implemeted by intelligence-led policing in order to identify anonymous protesters at demonstrations. When participants arrived to register for the soundwalk they were required to leave behind photo ID as security in exchange for the audio player and headsets. While people were participating in the soundwalk, their photo ID was translated using FRT algorithms into individual one minute piano pieces that were burnt to CD and at the end of the soundwalk handed to the participants.