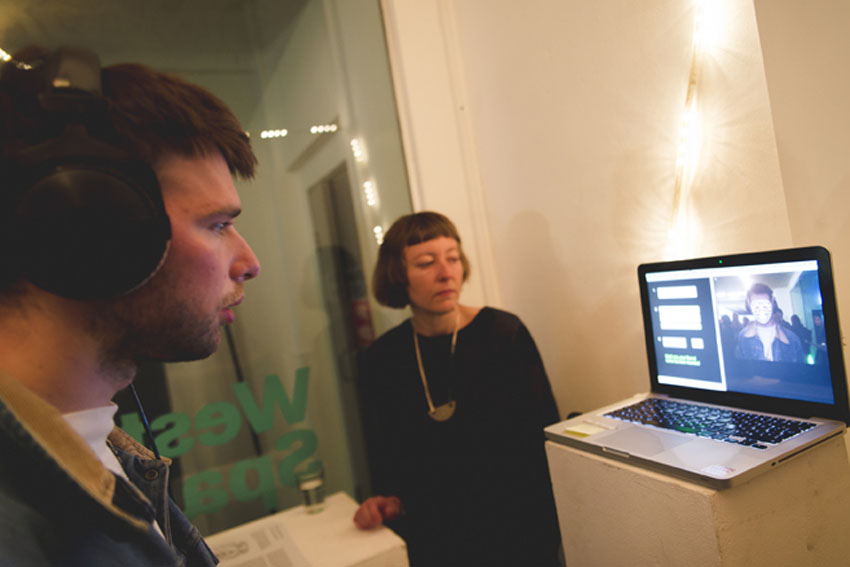 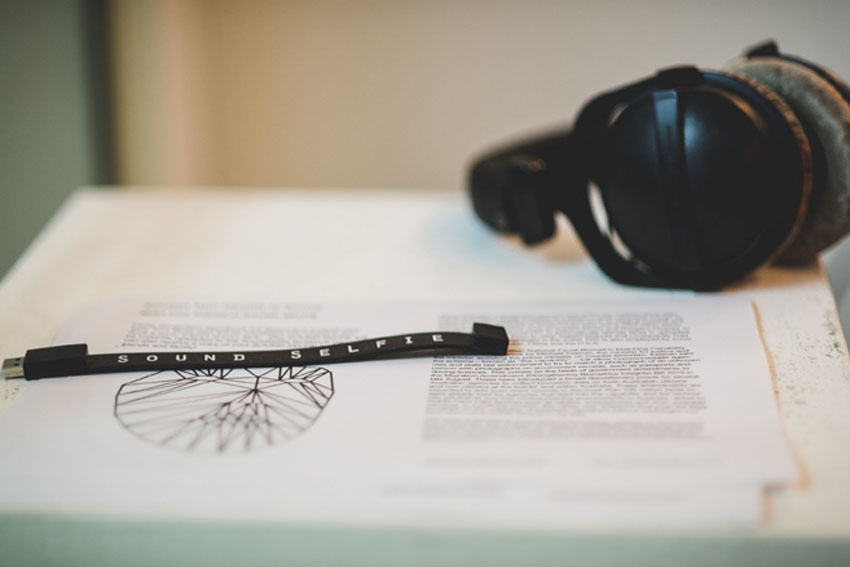 Stationed at the Technology & Protest Conference at the Technical University, Berlin & again at West Space gallery in Melbourne - I provided participants with the opportunity to make their personal Sound Selfie. Looking into the camera on my laptop, facial recognition algorithms detected and analysed conference / gallery attendees’ faces, and the individual facial data generated sound. Exploring modes of participatory surveillance as well as making a parallel action to the usual chain of events for the Selfie, the Sound Selfies were instantly uploaded and archived to a Facebook page.

Investigating how the surveillance of identity can lead to a biological reductionism, I programmed a basic form of digital synthesis (FM synthesis) to emphasise the reductive process of digitally encoding the face into a few basic measurements. By taking measurements at regular intervals and storing them as numbers, digital (binary) encodes by marking thresholds of absolute distinction. The gap between two thresholds is a range of quality, but digitisation imposes a uniform value on this range thereby erasing difference. Digital excludes excess, singularity and uniqueness in favour of static fixed forms. I’m interested in what this means when our identities, choices, and personalities are transformed into streams of data under the algorithmic gaze.

*Facial recognition technologies (FRT) use mathematical algorithms to create a digital template of a person’s face. FRT when employed as a surveillance technology requires no involvement from the person that is being surveyed or incidentally captured by camera. Unlike other biometrics FRT can operate anonymously in the background. People do not need to surrender their face image as they would their fingerprint or their iris scan. A face can be captured and (de)coded without the person’s consent or active participation. FRT is therefore considered to be a ‘silent technology’.