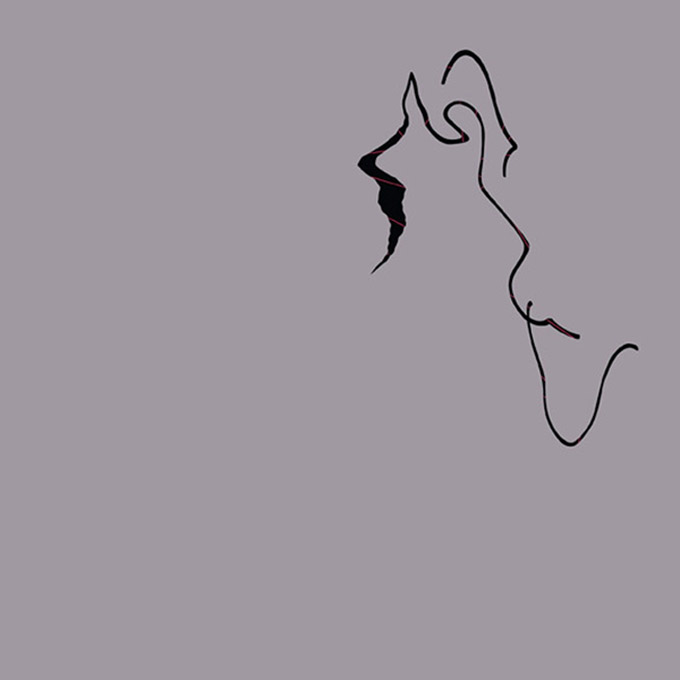 'Hugely impressive second album from Jasmine Guffond landing again via the collectable Sonic Pieces imprint and sounding something like a much more disturbed Holly Herndon or this years mind-altering new album from Felicia Atkinson. It’s a compellingly immersive study of digital surveillance technologies and the way they, along with myriad other machines, impinge upon and frame our waking life.

In Traced, Guffond takes the textural and spatially sensitive ambient aesthetics of her previous LP, the acclaimed Yellow Bell, into palpably more paranoid and unnerving headspaces, using her filigree appreciation of electro-acoustic dynamics to convey that feeling with a subtlety which will surely resonate with anyone aware of digital surveillance technology’s transition from peripheral creep to a near ubiquitous presence'
- Boomkat, July 2017

'News of a facial recognition database to “keep Australia safe” cast Jasmine Guffond’s record, Traced, into topicality because it presents an idea of how surveillance might sound. Guffond “sonified” the data generated by digital surveillance technology – facial recognition systems and global monitoring networks, specifically – by turning their algorithms into auditory shapes.

Though I was transfixed well before the news was announced. Guffond weaves sound art, ambience, disembodied voice and some pretty bracing use of bass into compositions in constant flux. Sounds shoal, then scatter, like fish. No texture or mood is graspable for long.'
- The Guardian

'Our record of the week is by Jasmine Guffond. For "Traced" she examined "data generated from facial recognition systems and global monitoring networks and translates their algorithms into auditory shapes." Her sometimes droning, sometimes unsettling music uses vocal snippets and processed guitars and stays hard to categorize.'
- Anost

'Almost everything on ‘Traced’ is leaning towards an anxious incorporation of alien frequencies. ‘GPS dreaming’ in particular brings together machine sounds to create sonic landscapes of post modern alienation'
- Music Won't Save You

Traced is a living recording that sounds like something we are yet to encounter. It suggests humanity at the spot it has maneuevered itself into: surrounded by machines, humans have simultaneously become the traceable components of a much wider network. The album's success lies in its ability to transform socio-technological observations into driving and compellingly expansive sonic structures.